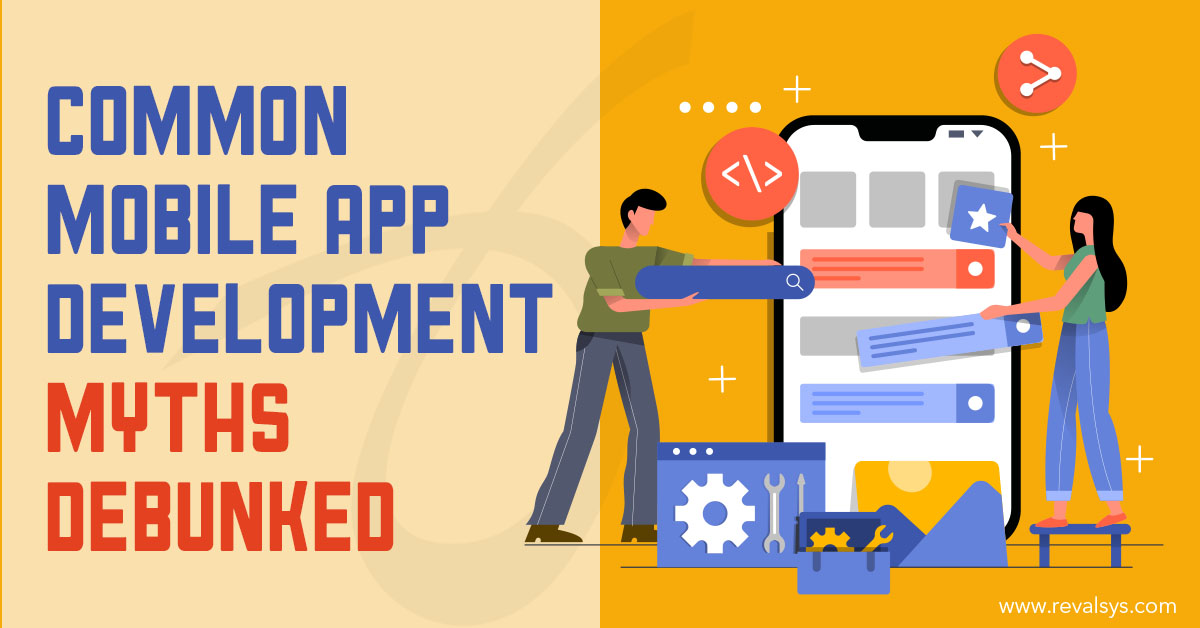 The mobile app industry is flourishing today as apps have become an integral part of daily lives and business processes. However, a lot of myths are associated with mobile app development that many developers and their clients fall for. This adversely impacts their decision-making and development process which results in major financial losses for them.

We have listed some myths that must be avoided in order to create a high-quality mobile app:

A very common mistake most businesses make is making assumptions about the time and the cost involved in developing an app based on the size of its target device. They assume that developers charge less and take less time to develop mobile apps.

The price of developing an app depends on its type and features, and whether it is developed by a solo developer or a team. Also, apps can take months to develop based on their complexity and the number of features.

Android Apps Are Cheaper To Develop Than iOS Apps

Android apps require more code and more time than iOS apps to be built. This makes them costlier to develop. Also, as stated before, there are other factors that need to be considered while developing the app like its features, which can add to the cost.

The end of the process of designing a mobile app marks the beginning of that of its maintenance and updation. The sector of mobile apps sees new trends every year in terms of colours, fonts, designs, animations, etc. These elements play a very important part in ensuring user satisfaction and must be incorporated into apps.

Apps must be updated whenever new OS versions are released, or they won’t be supported by the latest devices. Apps are also prone to frequent bugs and crashes, which must be fixed quickly to avoid dissatisfied customers and uninstalls.

Millions of apps are launched on app stores every day. Just launching an app on an app store won’t guarantee downloads for it. Like any product or service, a mobile app needs a good marketing and SEO strategy for good visibility. Writing short social media captions with the right keywords, and using images or short videos is an effective way to quickly convey an app’s message and purpose.

The More Features A Mobile App Has, The Better

Users don’t want a lot of features in an app. They just want the right features that make their lives easier or solve their problems, along with user-friendly navigation that helps them to find tabs and information easily. The pain points of users must be considered while designing an app. Crowding an app with too many unnecessary features will not only slow it down but also fill up the storage space of the devices of the users, forcing them to delete the app.

Mobile Apps Should Be Developed For Smartphones Only

Smartphones have the largest user base, but that doesn’t mean that apps will only be accessed on these devices. There are many other mobile devices that are compatible with apps and cannot be neglected, like iPads, smartwatches, and tablets. They all have different screen resolutions, and apps must be designed to fit them all.

Just as developing apps for one device is not sufficient, building just one type of app is not enough. Most people use native apps, but there are various other types of apps as well, like web apps and hybrid apps. Progressive Web Apps, a type of web apps that can be saved like native apps and accessed like websites, are becoming increasingly popular. Companies must research their target audience before choosing a type of app.